Home/Posts/Thorium: A Brief History of Discovery and Use/2.0 Glossary
Previous Next
2.0 Glossary

Accelerator Driven Nuclear Systems – High-current, high-energy accelerators or cyclotrons are able produce neutrons from heavy elements by spallationa. A number of research facilities exist which explore this phenomenon, and there are plans for much larger ones. In this process, a beam of high-energy protons (usually >500 MeV) is directed at a high-atomic number target (e.g. tungsten, tantalum, depleted uranium, thorium, zirconium, lead, lead-bismuth, mercury) and up to one neutron can be produced per 25 MeV of the incident proton beam. (https://world-nuclear.org/information-library/current-and-future-generation/accelerator-driven-nuclear-energy.aspx) 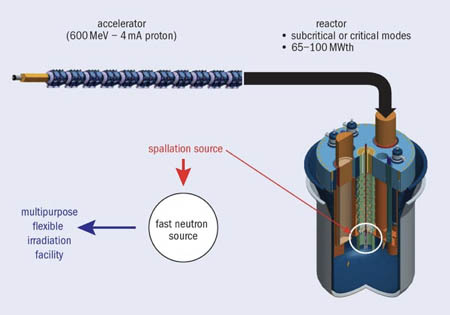 Actinide Series – The actinide (IUPAC nomenclature) series encompasses the 15 metallic chemical elements with atomic numbers from 89 to 103, actinium through lawrencium.

Advanced Heavy Water Reactor – India (AHWR) – The Indian Advanced Heavy Water Reactor (AHWR) has been designed by Bhabha Atomic Research Center (BARC) to achieve large-scale use of thorium for the generation of commercial nuclear power. This reactor will produce most of its power from thorium, with no external input of uranium-233 in the equilibrium cycle. The AHWR is a 300 MWe, vertical, pressure tube type, boiling light water-cooled, and heavy water-moderated reactor. 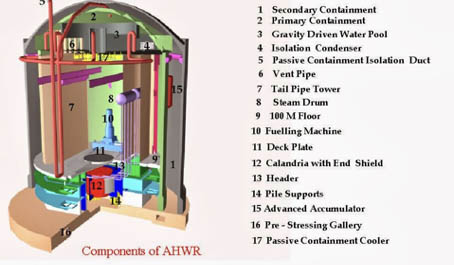 Alpha Emission – type of radioactive disintegration in which some unstable atomic nuclei dissipate excess energy by spontaneously ejecting an alpha particle. Because alpha particles have two positive charges and a mass of four units, their emission from nuclei produces daughter nuclei having a positive nuclear charge or atomic number two units less than their parents and a mass of four units less.

Candoluminescence – the light given off by certain materials at elevated temperatures (usually when exposed to a flame) that has an intensity at some wavelengths which can, through chemical action in flames, be higher than the blackbody emission expected from incandescence at the same temperature.

Electrowinning – also referred to as electroextraction, is the electrodeposition of metals from their ores that have been put in solution via a leaching process, commonly in a strong acid. 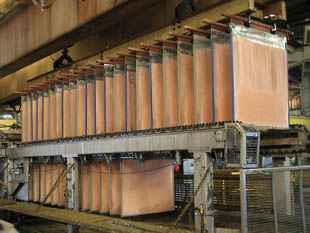 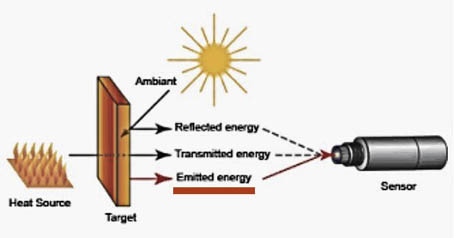 International Atomic Energy Agency (IAEA) – is an international organization that seeks to promote the peaceful use of nuclear energy, and to inhibit its use for any military purpose, including nuclear weapons. 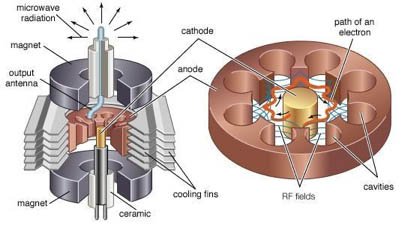 Mag-Thor Alloy – Mag-Thor is the common name for a range of magnesium alloys containing thorium that are used in aerospace engineering. These alloys commonly contain manganese and zinc, but there are other combinations known. 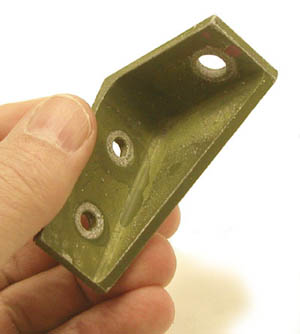 Molten Salt Reactor – is a class of nuclear fission reactor in which the primary nuclear reactor coolant and/or the fuel is a molten salt mixture. 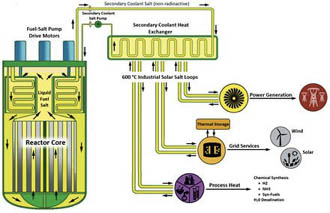 Molten Salt Reactor Experiment (MSRE) – an experimental molten salt reactor at the Oak Ridge National Laboratory (ORNL) researching this technology through the 1960s; constructed by 1964, it went critical in 1965 and was operated until 1969. 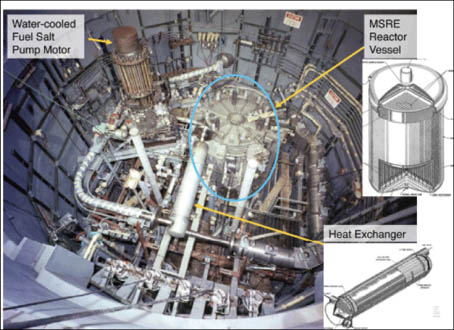 Monazite – a reddish-brown phosphate mineral that contains rare-earth elements. Due to variability in composition, monazite is considered a group of minerals. The most common species of the group is monazite-(Ce), that is, the cerium-dominant member of the group.

Monoclinic Crystalline Structure – In crystallography, the monoclinic crystal system is described by three vectors of unequal lengths, as in the orthorhombic system. They form a rectangular prism with a parallelogram as its base. Hence two vectors are perpendicular (meet at right angles), while the third vector meets the other two at an angle other than 90°.

Phosphatic Mineral – a mineral with high concentrations of phosphate minerals, most commonly of the apatite group. It is the major resource mined to produce phosphate fertilizers for the agriculture sector.

Rare Earth Element (REE) – a set of seventeen chemical elements in the periodic table, specifically the fifteen lanthanides, as well as scandium and yttrium. Scandium and yttrium are considered rare-earth elements because they tend to occur in the same ore deposits as the lanthanides and exhibit similar chemical properties. 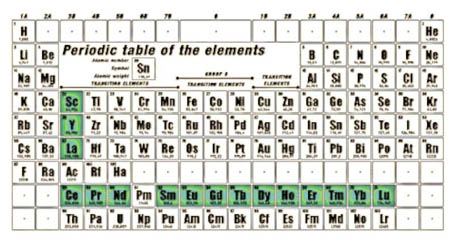 Periodic Table of the Elements

Reasonably Assured Resources (RAR) – a mineral or set of minerals that occur in known mineral deposits of such size, grade, and configuration that it could be recovered within the given production cost ranges, with currently proven mining and processing technology. Estimates of tonnage and grade are based on specific sample data and measurements of the deposits and on knowledge of deposit characteristics

Thoria – Another name for Thorium dioxide, it is a powdery white oxide of thorium dioxide (ThO2) used especially as a catalyst and in crucibles and refractories and optical glass.

Oldest, Largest organization to promote the understanding and use of Thorium as a Fuel and Critical material. Learn More

Thoriated Tungsten – Tungsten manufacturers have added a thorium oxide to pure tungsten to improve the arc starting characteristics and the longevity of welding electrodes. While 2% thoriated tungsten has been the most commonly used tungsten material for many years, this electrode type is increasingly being scrutinized because of concerns for the environment and for the safety of users of this material. 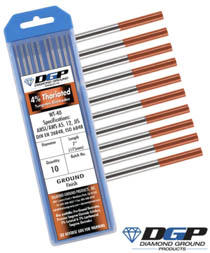 Thorium Tetrafluoride – (ThOF4) is an inorganic chemical compound. It is a white hygroscopic powder which can be produced by reacting thorium with fluorine gas. At temperatures above 500 °C, it reacts with atmospheric moisture to produce ThOF2.